SKU: GFNDUNE01 Categories: Board Games, Other

“A beginning is a very delicate time. Know then that it is the year 10,191. The Known Universe is ruled by the Padishah Emperor Shaddam IV, my father. In this time, the most precious substance in the universe is the spice Melange. The spice extends life. The spice expands consciousness. The spice is vital to space travel. The Spacing Guild and its navigators, who the spice has mutated over 4,000 years, use the orange spice gas, which gives them the ability to fold space. That is, travel to any part of universe without moving.
Oh, yes. I forgot to tell you — the spice exists on only one planet in the entire universe. A desolate, dry planet with vast deserts. Hidden away within the rocks of these deserts are a people known as the Fremen, who have long held a prophecy that a man would come, a messiah who would lead them to true freedom. The planet is Arrakis, also known as Dune.”

In DUNE you will become the leader of one of six great factions. Each wishes to control the most valuable resource in the universe – melange, the mysterious spice only found at great cost on the planet DUNE. As Duke Leto Atreides says “All fades before melange. A handful of spice will buy a home on Tupile. It cannot be manufactured, it must be mined on Arrakis. It is unique and it has true geriatric properties.” And without melange space travel would be impossible. Only by ingesting the addictive drug can the Guild Steersman continue to experience visions of the future, enabling them to plot a safe path through hyperspace. 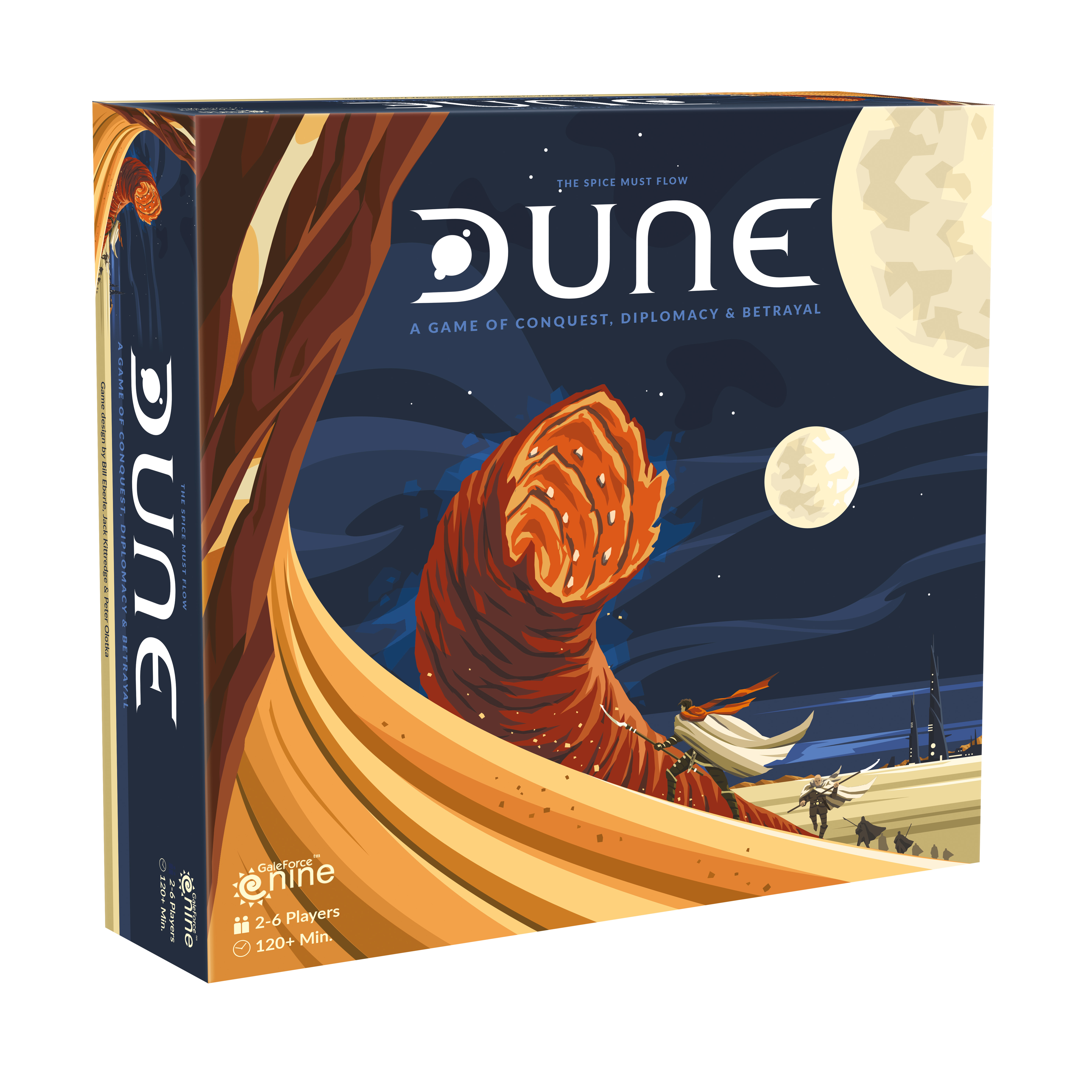 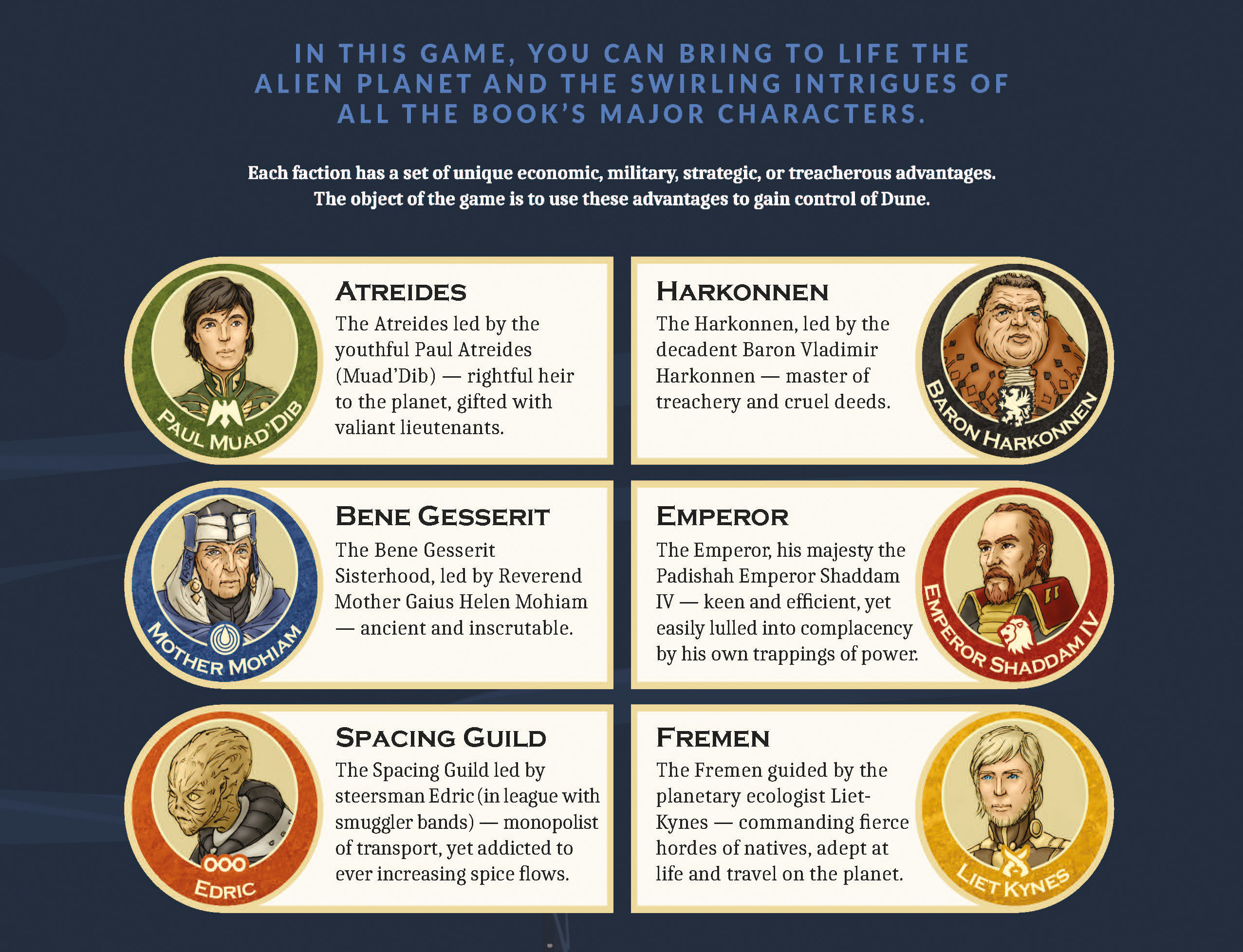 Be the first to review “Dune” Cancel reply